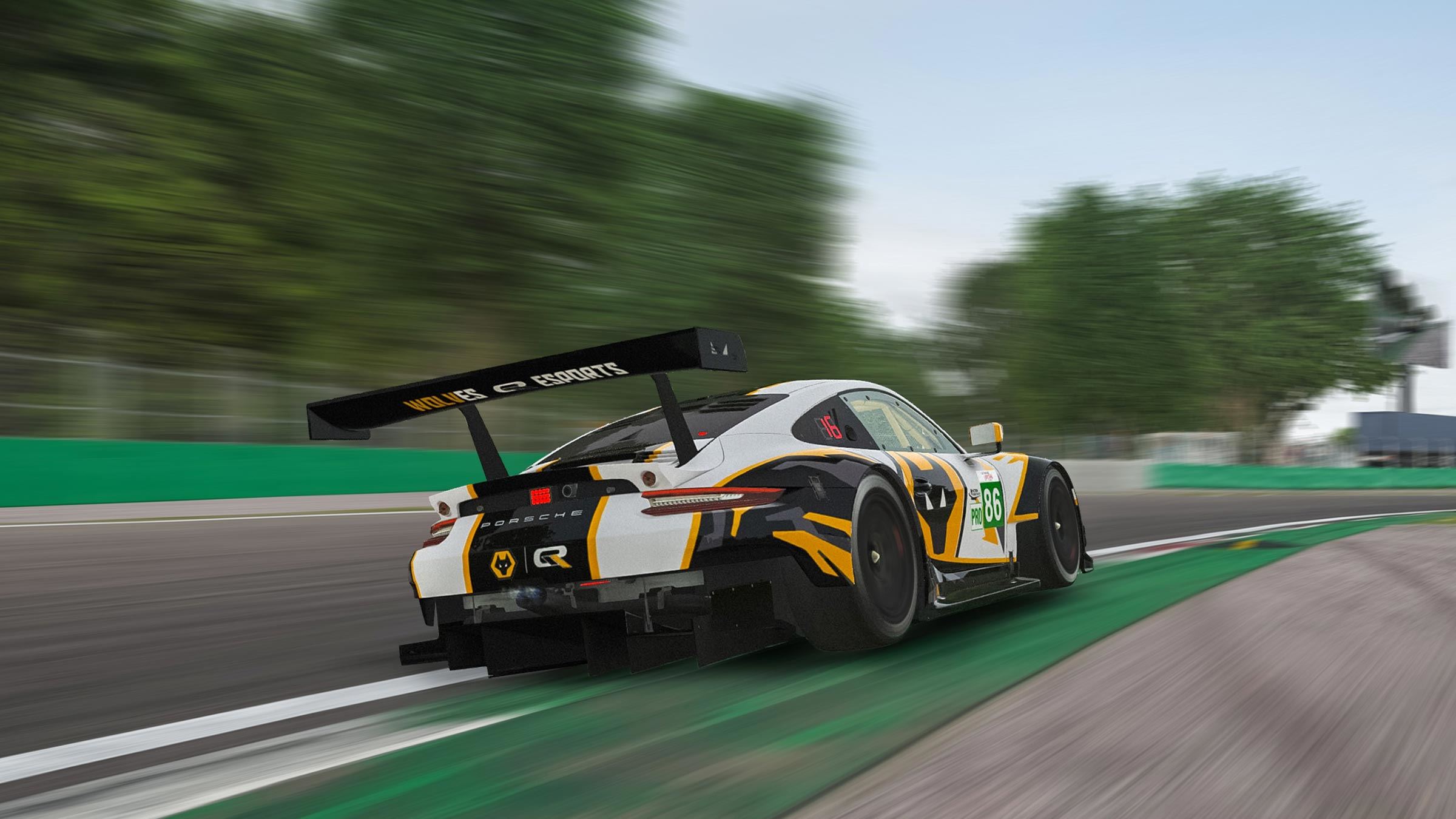 The Le Mans 24 Virtual race kicks off this weekend with the Wolves GR Esports team taking to the track alongside racing giants such as Porsche, Mercedes, Red Bull and BMW for a shot at the $125,000 prize pool.

The team, which is the only one in the Le Mans Virtual Series to be backed by a Premier League football club, are competing live from Molineux for this 24-hour endurance race.

With three fully operational racing rigs, eight drivers and a team of racing crew, they hope to make an imprint on this iconic race and challenge for a podium finish.

The Le Mans 24 Virtual is the final race in the Le Mans Virtual Series, backed by the ACO and the World Endurance Championship, which has seen teams from all over the world compete in four rounds: Monza, Spa, Nordschleife and Sebring before taking on the Circuit de la Sarthe in a 24-hour endurance race finale.

Wolves GR Esports have two cars competing in the Le Mans 24 Virtual, both Porsche 911 RSRs, each manned by a team of four racers – two professional racers and two sim-racers.

Car #86 consists of professional racer Ben Barker, who has raced the Le Mans 24 numerous times in real life, and fellow professional racer Bart Horsten. The sim-racers is Irishman Adam Maguire, who competed in the Le Mans 24 Virtual last year under the banner of Wolves GR Esports, alongside the final member of the car #86 team, Liam de Waal, a very talented sim-racer coming off the back of a first-place finish in the FSR IndyPRO series.

Car #87 sees professional racers Tom Gamble and Alex Malykhin sit alongside sim-racers Turkka Hakkinen and Philipp Puschke. Tom has also competed numerous times in the real life Le Mans 24 so brings his experience of the circuit with him to this team full of experience in both the real world and sim racing scene.

Racing in the Le Mans 24 Virtual is the pinnacle in what has been an exciting start to the Wolves GR Esports foray into the sim-racing scene.

Michael Moriarty, esports manager for Wolves, said: “The 24 Hours of Le Mans is an iconic race in the motorsport calendar, and the virtual edition is the perfect way to cap off our first stint in a new category of esports.

“We’ve learned a lot through participating over the number of events we have done so just far and picking up a win last weekend in the IndyPRO series was a monumental step forward.

“This weekend will be a whole new challenge, with eight drivers on site and a full 24 hours of racing. Any finish will be a fantastic end to the series thus far, but I’d love to see us up on that podium come Sunday lunchtime.”