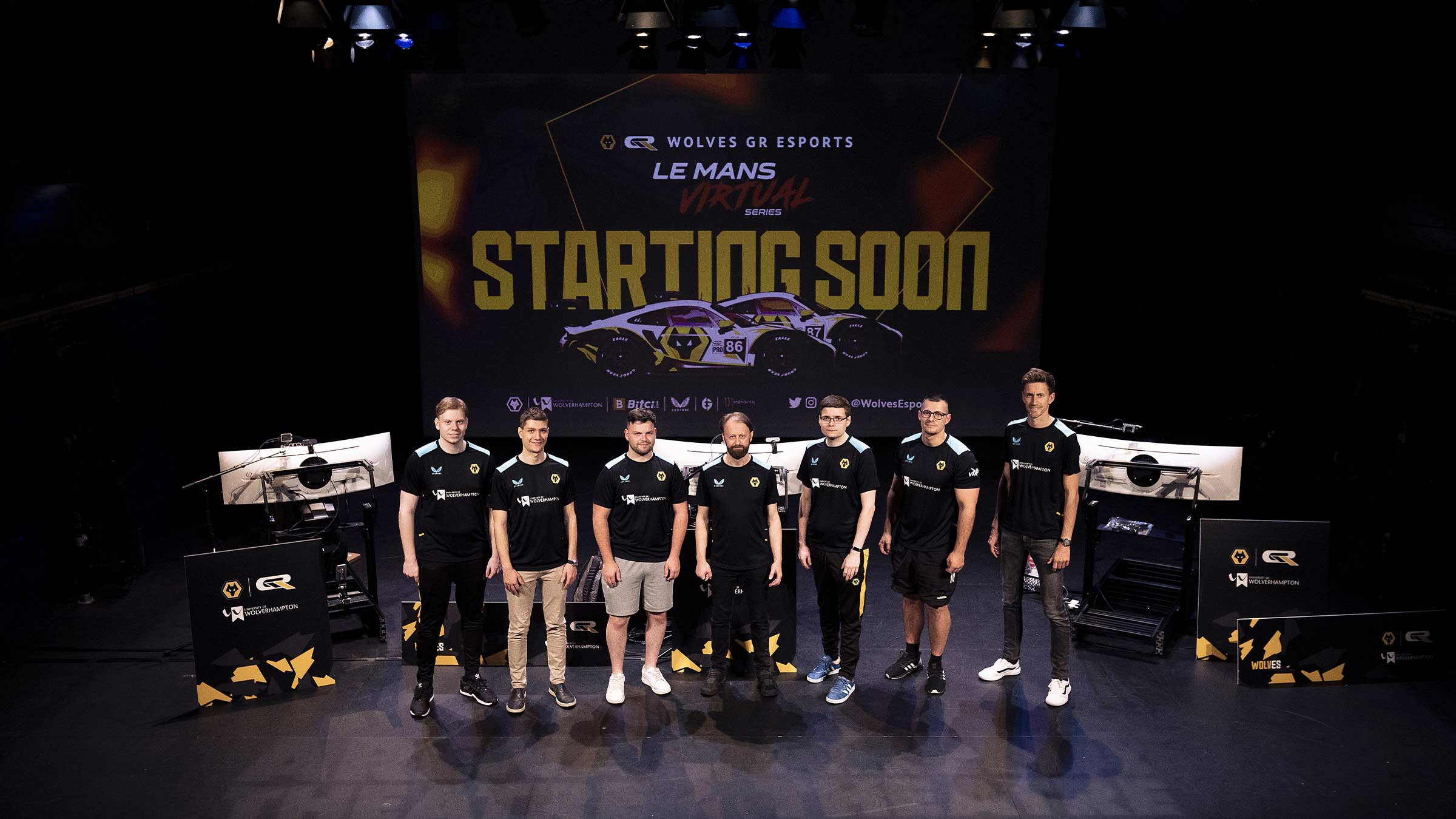 Wolves GR Esports competed amongst the best in world racing at the first live esports event to take place in Wolverhampton.

The event was hosted at, and livestreamed from, the University of Wolverhampton’s Arena Theatre, with hundreds of sim-racing enthusiasts tuning in to see the action as well as a number of them making the trip to the theatre itself to experience it in person.

Dr Pritpal Sembi, Deputy Head of the School of Art at the University of Wolverhampton, said: “We were really excited to welcome Wolves Esports for the Le Mans racing at the Arena Theatre and to showcase our new Wolverhampton Screen School. It was great to have a global audience and host this fantastic event for the really committed fans of esports. The idea behind the Screen School is that we are trying to put the screen industries on the map in Wolverhampton and the Black Country so we hope to host more events like this in the future.”

The Wolves GR Esports team travelled from all over Europe including Germany and the Netherlands to take on Monza in state-of-the-art racing rigs. In the two cars were a mix of professional drivers and sim-racers working together to compete at the highest level:

Find out more about the Wolves GR Esports roster.

Michael Moriarty, Wolves Esports Manager, said: “It was a fantastic experience to be able to have brought our simracing team together for this event, and be able to use the space that our partners at the University of Wolverhampton offered, the Arena Theatre. Esports can and will be a staple feature of live events here in Wolverhampton, so us starting off our journey with this team was a good first step.

“While our placements in the race may not be as high as we hoped or expected due to some technical issues, we’ve learned vital lessons and it will only spur the team on to perform much stronger come the next race, the 6 Hours of Spa-Francorchamps, and prove that Wolves GR Esports are a strong competitor in the remainder of the Le Mans Virtual Series.”

Round two of the Le Mans Virtual Series will be Spa in Belgium, a six-hour endurance race on Saturday 16thOctober.

Watch the full livestream of Monza.