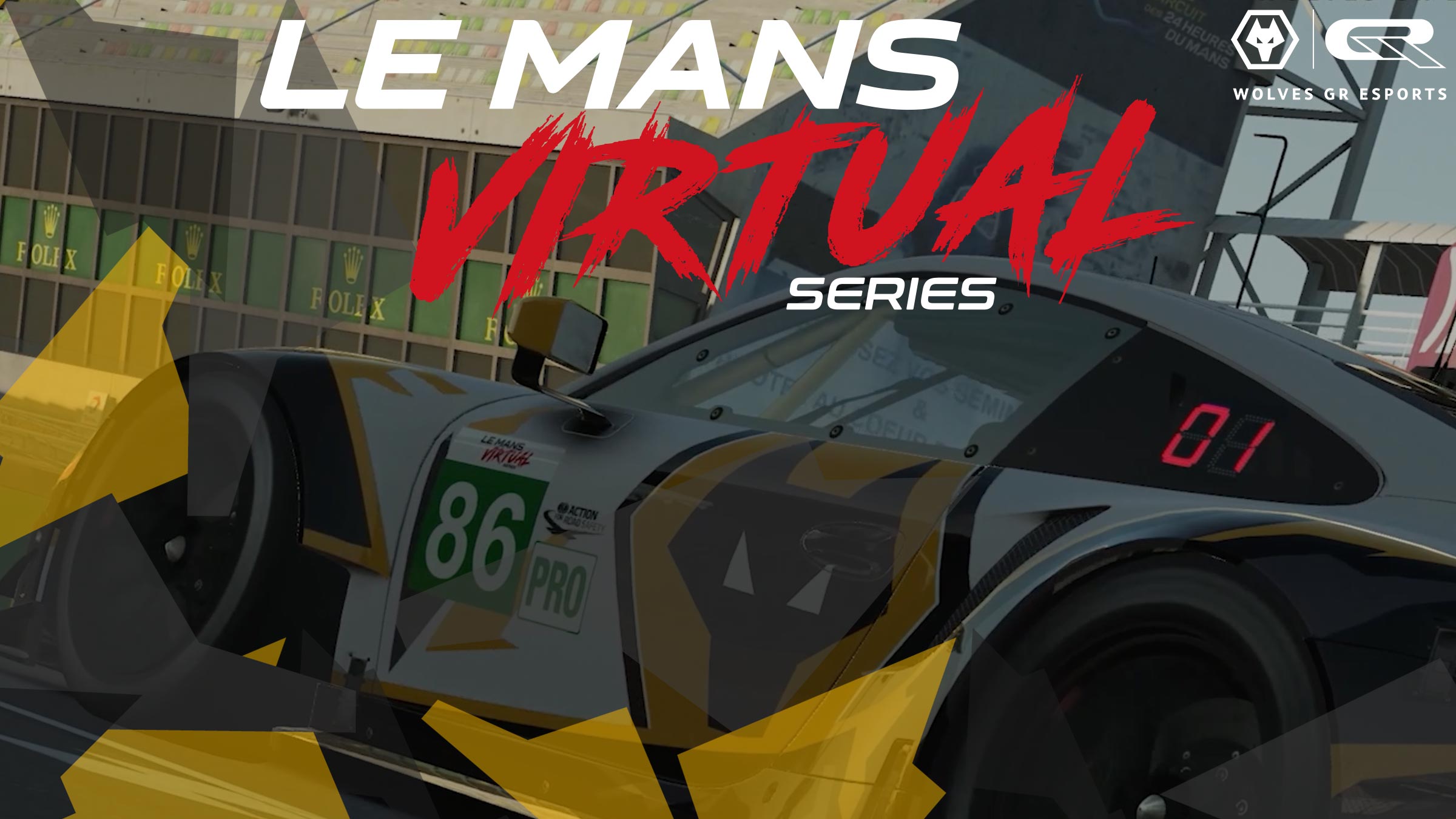 Wolves GR Esports will be competing in the upcoming Le Mans Virtual Series, battling it out for a chance at the $250,000 prize pot.

Wolves GR Esports, the racing arm of Wolves Esports alongside Gulf Racing, will be competing against some of the biggest racing teams in the world including Red Bull Racing Esports, Porsche Esports Team and BMW Team Redline.

The team will be competing in the GTE class, driving two Porsche 911 RSR cars in the series manned by a mix of professional drivers and sim-racers. Our opening race rosters will see car #86 have Australian Nick Foster, Dutch Liam de Waal and Irish Adam Maguire at the helm with their partner car #87 being manned by Brit Ben Barker, German Philipp Puschke and Brit Chris McDade. Nick Foster and Ben Barker are two experienced drivers in the realm of motor racing, with both having competed in the World Endurance Championship and the 24 Hours of Le Mans itself, the latter having done so this year with GR Racing.

The opening race will be hosted live at the Arena Theatre on Saturday 25 September, so book your tickets now! Space are limited.

Liam and Adam have also been active for us in our other sim racing venture, the Formula Pro series, and continue their racing journey with us into the Le Mans Virtual Series. We’d also like to thank Vexed Gaming for loaning their sim driver Chris McDade to us to compete under the Wolves GR Esports banner.

Russell Jones, General Manager of Marketing and Commercial Growth at Wolves said: “We are delighted to be partnering with the University of Wolverhampton to host the first ever live esports event in the city.  This is a big deal for the city and with the launch of the Screen School showcases the University as a progressive leader in digital education.

“The event on Saturday 25 September will be a fantastic opportunity for anyone interested in Esports and/or digital production to come along and witness the behind-the-scenes working of a professional esports team competing in a global event.

“This is just race one of a five race series, and we are hopeful that there will be opportunities for talented students to get involved on the production side as we progress through the series. I wish all our drivers well in the upcoming competition as they take to the track for the series.”

The 24 Hours of Le Mans Virtual, which came about as a replacement for the actual race due to lockdown restrictions in 2020, became a huge success with 63m people tuning in over 24 hours. Now it is back as a series of races, a large prize fund and some of the best teams in world racing. Four endurance races – Monza, Spa-Francorchamps, Nürburgring and Sebring – lead up to the grand finale event of the 24 Hours of Le Mans Virtual 2022 which will take place live at the Autosport International Show, Birmingham in January.

As part of our participation in the series, Wolves Esports are set to host live events for the first four races in the series in Wolverhampton. These will be the first live esports events held in the city. Tickets for the event, held at the University of Wolverhampton’s Arena Theatre, are available for free on the theatre’s website.

The action from the first race, Monza, from the team’s base at the University of Wolverhampton will also be broadcast live on the Wolves Esports Twitch channel (www.twitch.tv/WolvesEsports) giving you an experience of the esports action held at the Arena Theatre.

With us working with the university, the hosting of these events will also allow current and future University students the chance to observe, and the unique opportunity to participate in the production of a live esports event. The first event coincides with the launch of the University’s new Screen School, a £5m development with state-of-the-art teaching facilities and equipment, with the aim to boost skills in the digital arts and media industries.

Tim Steele, Pro Vice Chancellor International at University of Wolverhampton said: “We are so excited to welcome visitors to our brand-new Screen School in support of this fantastic global event as we work in partnership with Wolves Esports.

“We are always proud to support our local team – especially when they’re competing internationally and putting Wolverhampton on the map and we hope that this will be the first of a number of high profile events as we look to establish the City of Wolverhampton as a key destination in the developing esports arena.

“We have invested £5 million in new technology and facilities for our brand-new Screen School to ensure our students, staff and the Wolverhampton community have access to the best teaching and learning opportunities available in a fast-moving field.

“We hope visitors enjoy their exclusive insight to our new facility while enjoying the action on the big screen.”

Stay tuned to the Wolves Esports social media channels (@WolvesEsports) for loads of content throughout the series including livestreams, interviews, race coverage and behind the scenes footage.