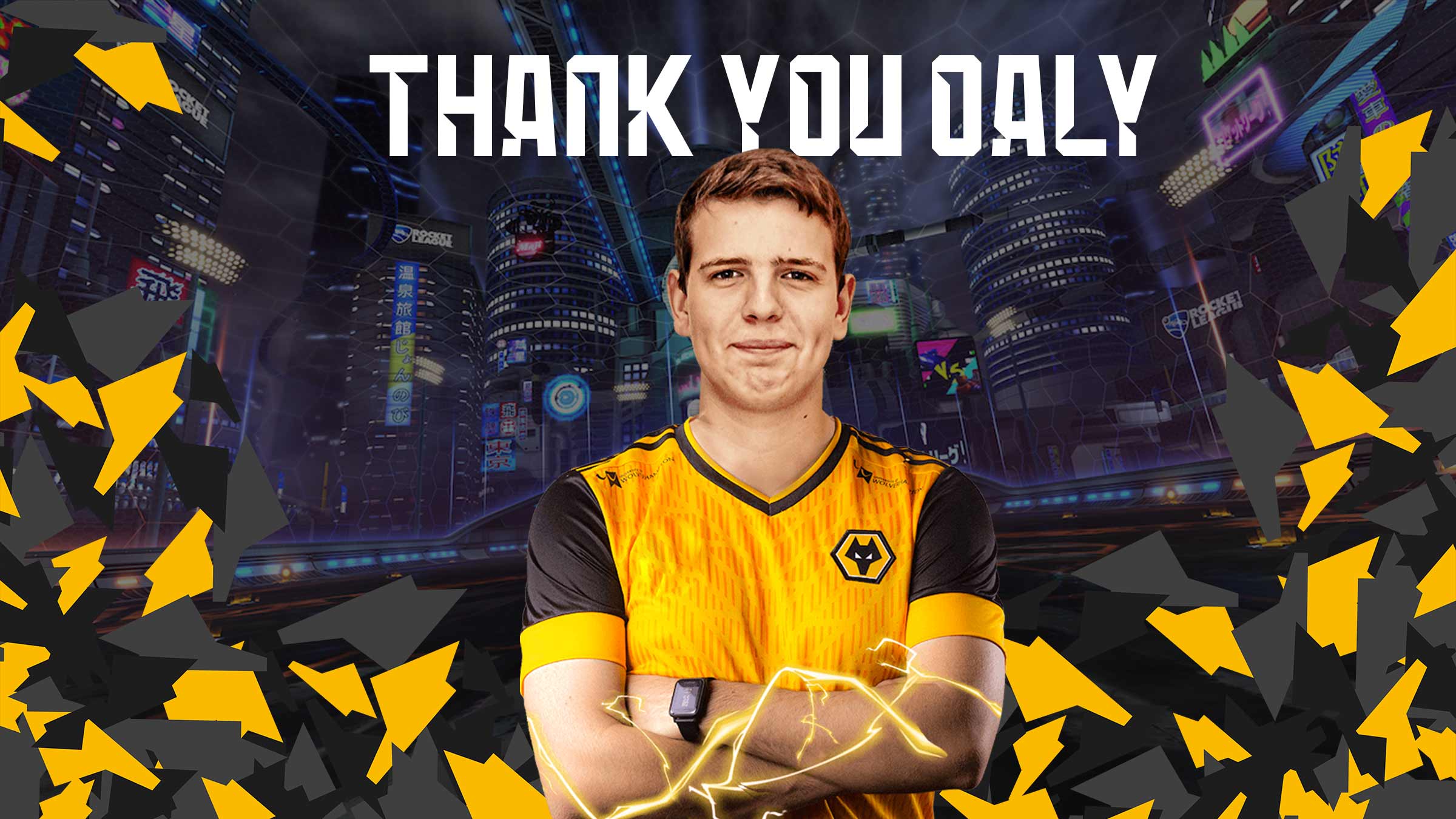 Thank you Oaly, and the future of Rocket League

Wolves Esports today announces the release of Ole van Doorn, and with it the end of their first Rocket League roster.

Wolves Esports’ first season in Rocket League has been a rollercoaster journey of epic proportions for everyone that’s come to follow it. While there were some lows along the way, there were also a number of highs which culminated in their 5-8th place finish at the end of the season.

One of the bright lights of their tournament play was the young Dutch talent of Ole van Doorn, known to most of you as Oaly, and in his seven months with the team he had a number of blistering performances that ended up as top highlight plays. However, all good things must come to an end, and Oaly is set to leave Wolves Esports.

Esports Manager, Michael Moriarty said: “Ole is a strong talent in Rocket League, and he’s set to go far in the game. I truly wish him luck in his future and hope he lands on his feet in his next project and also succeeds with his team during the current Intel World Open.”

Joessi Moorman, Coach and Manager of Wolves Esports Rocket League, added: “I’m sad to see Oaly leave. It’s been a pleasure working with him over the last season, and his improvement has been nothing short of spectacular. I can’t wait to see where his future will take him, he’s got a very bright one ahead of him.”

This is not the end of Wolves Esports in Rocket League. The organisation continues to monitor the Rocket League scene and will look to return to the title with a new, promising roster before the RLCS Season 11 commences.