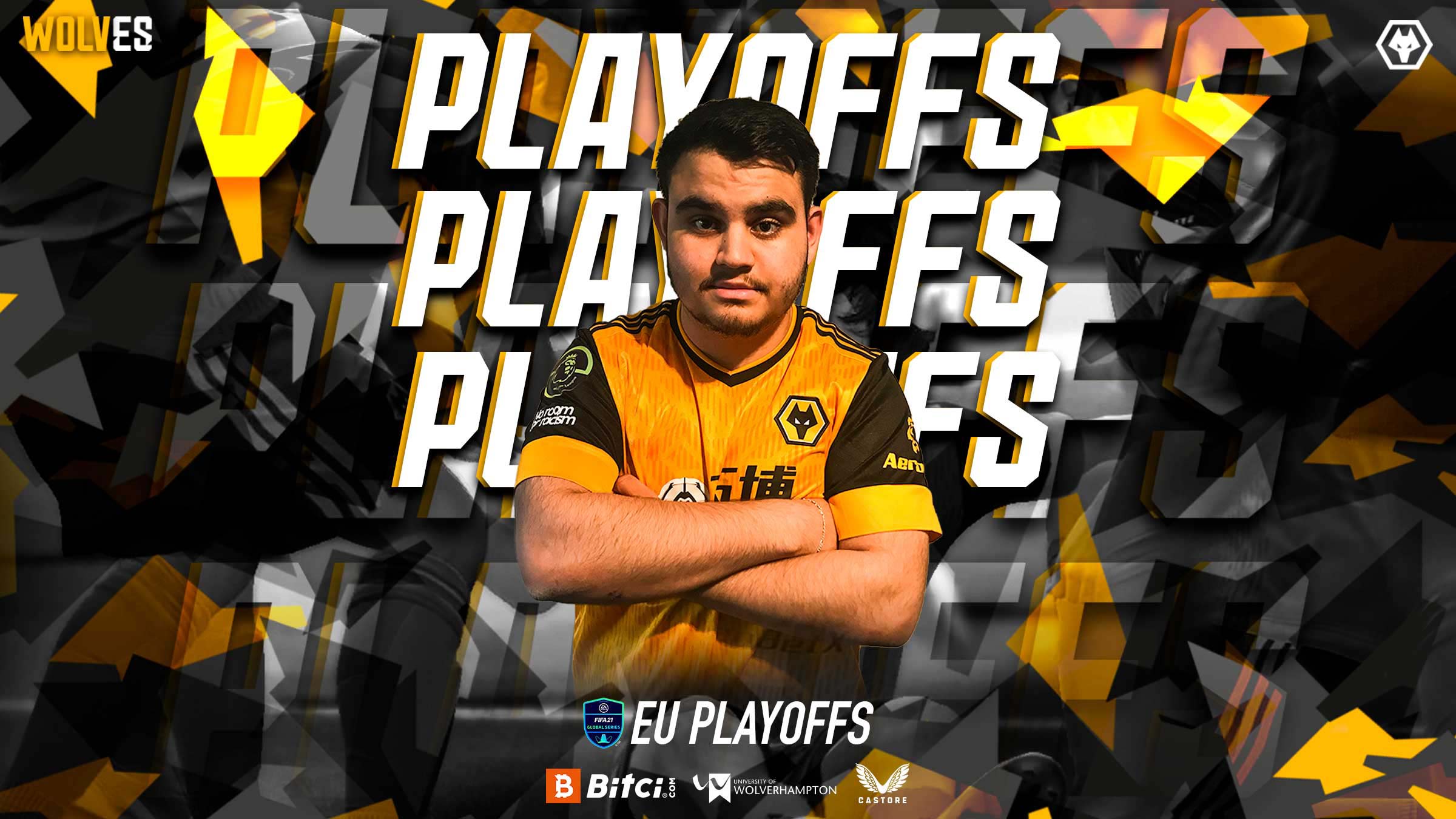 Road to the EU Playoffs

The next few days sees the latest addition to the Wolves Esports FIFA roster, Tunahan ‘Unsal’ Ünsal compete against the best in the PlayStation EU FIFA Global Series Playoffs for a shot at the $100,000 prize as well as qualification for the FIFAe World Cup 2021.

Unsal is ready for the challenge

The highlight of Unsal’s season came in the second qualifier for the FIFA Global Series Playoffs where he played an almost perfect tournament, before narrowly falling in the final. However, with that second-place finish he scored a wealth of points and qualification to the playoffs, not to mention a $12,000 prize. Unsal continued going from strength to strength, signing for us and shortly after being crowned the Champion of the Nordic region in FIFA 21.

The FIFA Global Series Playoffs will take place 9 – 11 July. The 64 best European FIFA 21 players on PlayStation will go head-to-head to claim their spot in the World Cup.

The playoffs start on Friday 9 July with the Swiss Rounds where Unsal will play five matches. If he wins three of them, he goes through to the knockouts. The 32 best players compete on Saturday and fight to make it through to the finals on Sunday with the top nine qualifying for the World Cup.

What is at stake

The overarching aim of competing in the FIFA Global Series Playoffs is to finish inside the top nine. If Unsal can do this he will qualify to compete in the FIFAe World Cup, the biggest event in the FIFA calendar, taking place in London later this year. On top of this if he wins the playoffs, he will be taking home the $100,000 grand prize.

Make no mistake about it, Unsal is hungry for victory and the Wolfpack will be cheering him on all of the way.

The Swiss Rounds are not streamed live, however the scores will be updated live on our Twitter and Instagram channels so you can stay up to date with Unsal’s progress.

The knockout stages start on Saturday and will be streamed live on the official EA FIFA Twitch channel. But if you cannot watch live, be sure to keep an eye on our social media channels for live updates from the action.