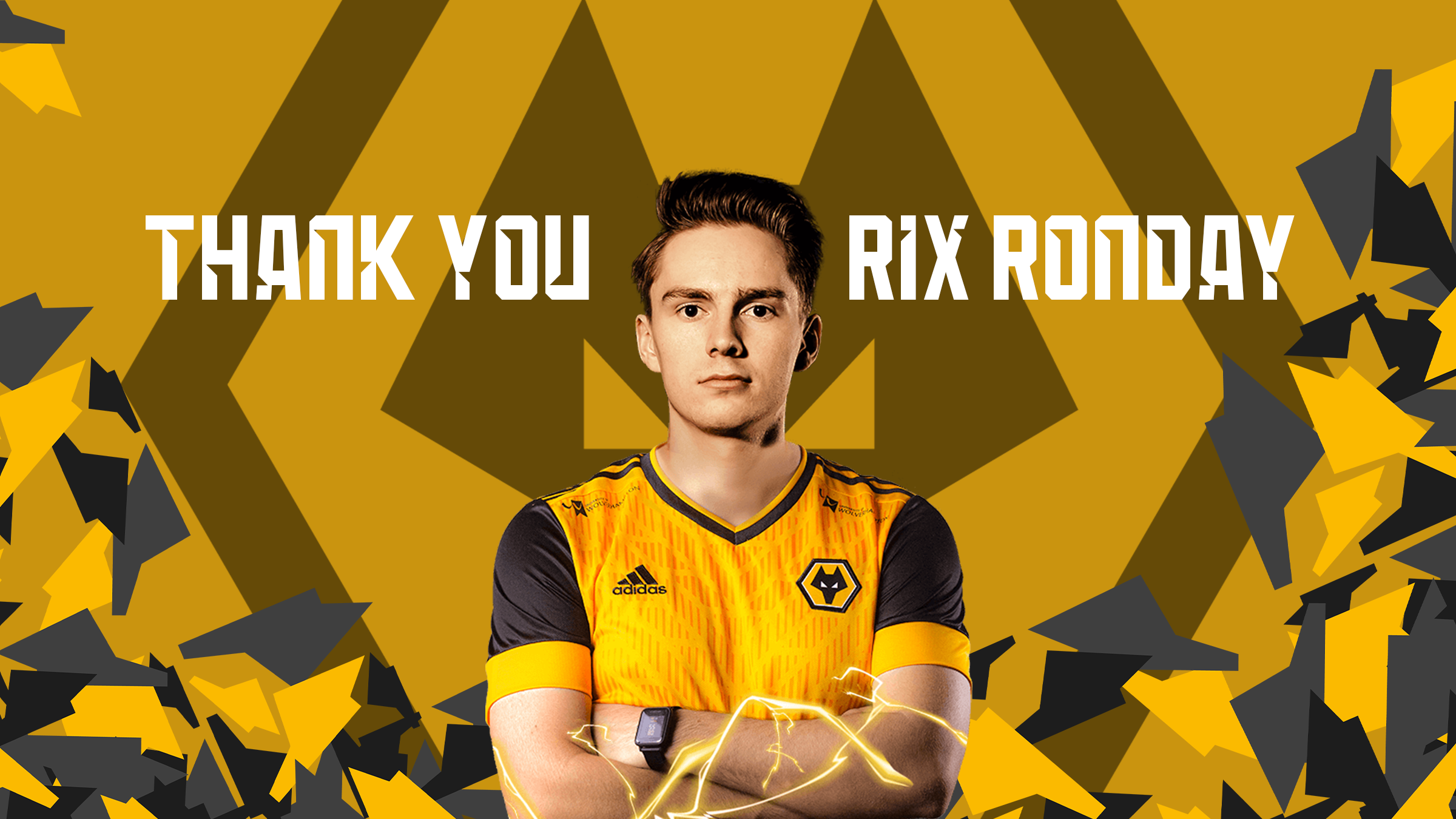 The founding member of the Rocket League side, Rix Ronday, is set to depart Wolves Esports having held the position of captain since joining the organisation in November, shortly before the start of the Winter split.

The first season in Rocket League for Wolves Esports has been an exciting journey for all that followed it. Rix Ronday came in with two young players and saw a roster that exploded onto the scene with a remarkable top eight finish at the first event, before qualifying for The Grid and making sure the team’s presence was known.

The season then continued through as a rollercoaster, and as roster changes occurred people were still standing behind and cheering on Super Rixie as the team moved forward to their most recent event, the third Spring regional with a 5-8th place finish. Moving towards the new season, and amongst the wider overhaul of the squad, Rix Ronday is set to leave after a blistering, and unforgettable, seven months with Wolves Esports.

Esports Manager, Michael Moriarty said: “It’s with great sadness and with great memories, that we see Rix leave. Rix is someone I’ve known for a fair while and have enjoyed many ups and downs with him in Rocket League. Unfortunately, as our directions in Rocket League are changing from one another we part ways, but hope to see him on the pitch again soon.

“We remain committed to Rocket League as an esport title, and we won’t be going anywhere any time soon.”

Rocket League coach Joessi Moorman added: “I’ve worked a lot with Rix over the past year, and it was a pleasure to make the switch to Wolves with him. Building a team around him, and getting top 8 with two different rosters, is no small feat. I’m saddened things didn’t quite work out, but I have no doubt Rix will overcome any challenges he will face in the future.”

Further news and updates on the Rocket League roster will be announced soon.