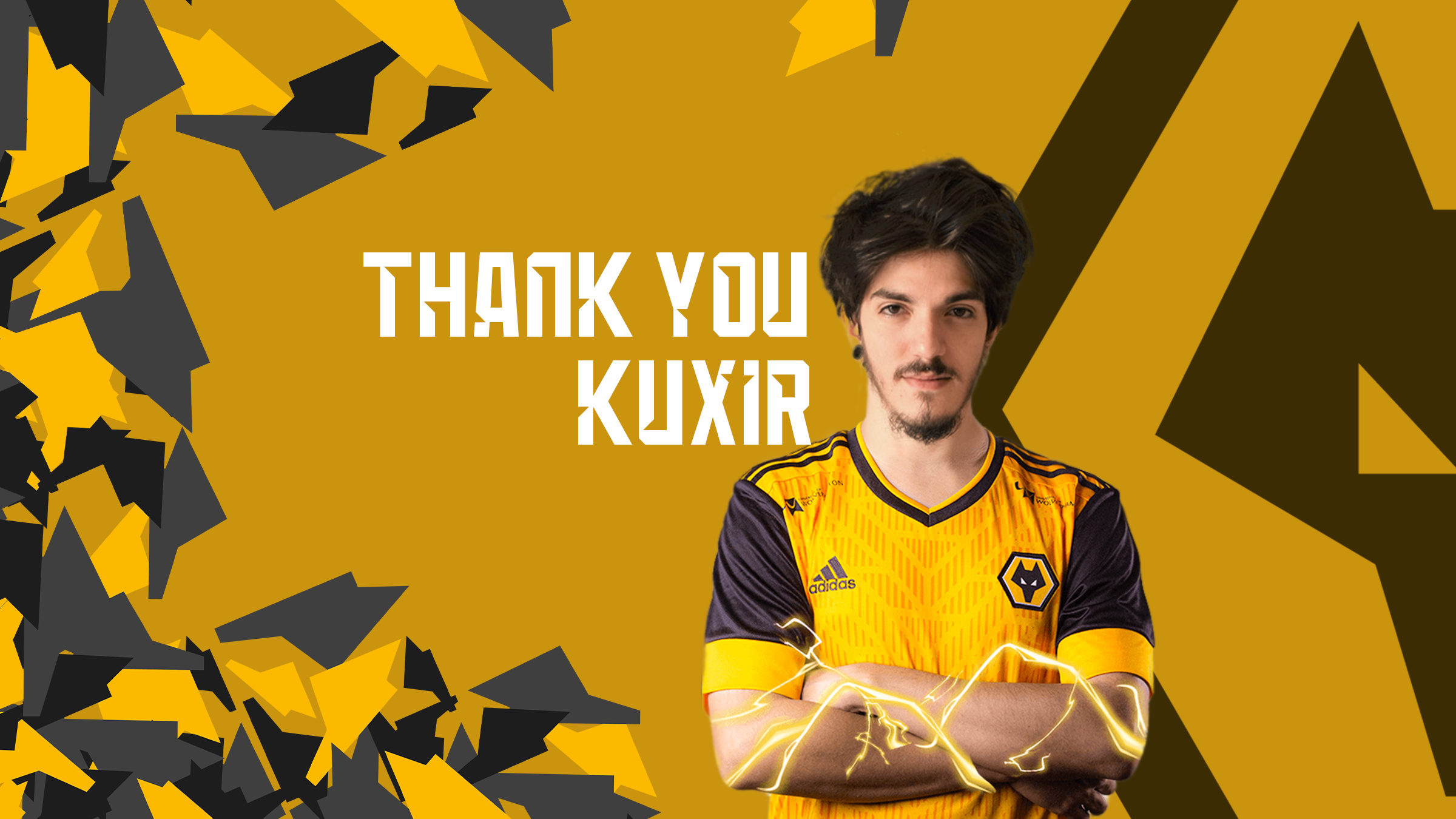 After a three-month period with the team, that covered the Spring split of the RLCS X season, former World Champion and legend of the game Francesco “kuxir97” Cinquemani, is set to depart the Wolves Esports Rocket League team.

The Spring split was a rollercoaster ride for the Rocket League team. After the disappointment of failing to qualify for the Grid and the first Regional event, the team rallied to produce their best finish of 5-8th at the third Regional, having beaten Top Blokes in the knockout gauntlet and coming within mere minutes of knocking out Guild in the playoffs.

As the new Rocket League season comes into view, the squad is undergoing an overhaul to be prepared for a new challenge in the competition. More updates will be announced before the season recommences.

Esports Manager, Michael Moriarty, said: “I’d like to thank kuxir97 for his efforts as part of our Rocket League team, and put it on record I was happy to have had the opportunity to have been able to include him in our esports story. As our Rocket League team moves in a different direction, he is set to move on, but during his brief time with us he’s helped the Rocket League team immensely with his experience and dedication to the game.”

“I wish him all the best for his future, and will be watching his continued efforts in Rocket League!”

Kuxir97 will be competing in the Intel World Open with the Italian roster “adoss”, and have qualified for the West Europe closed qualifiers, set to take place 22nd June.