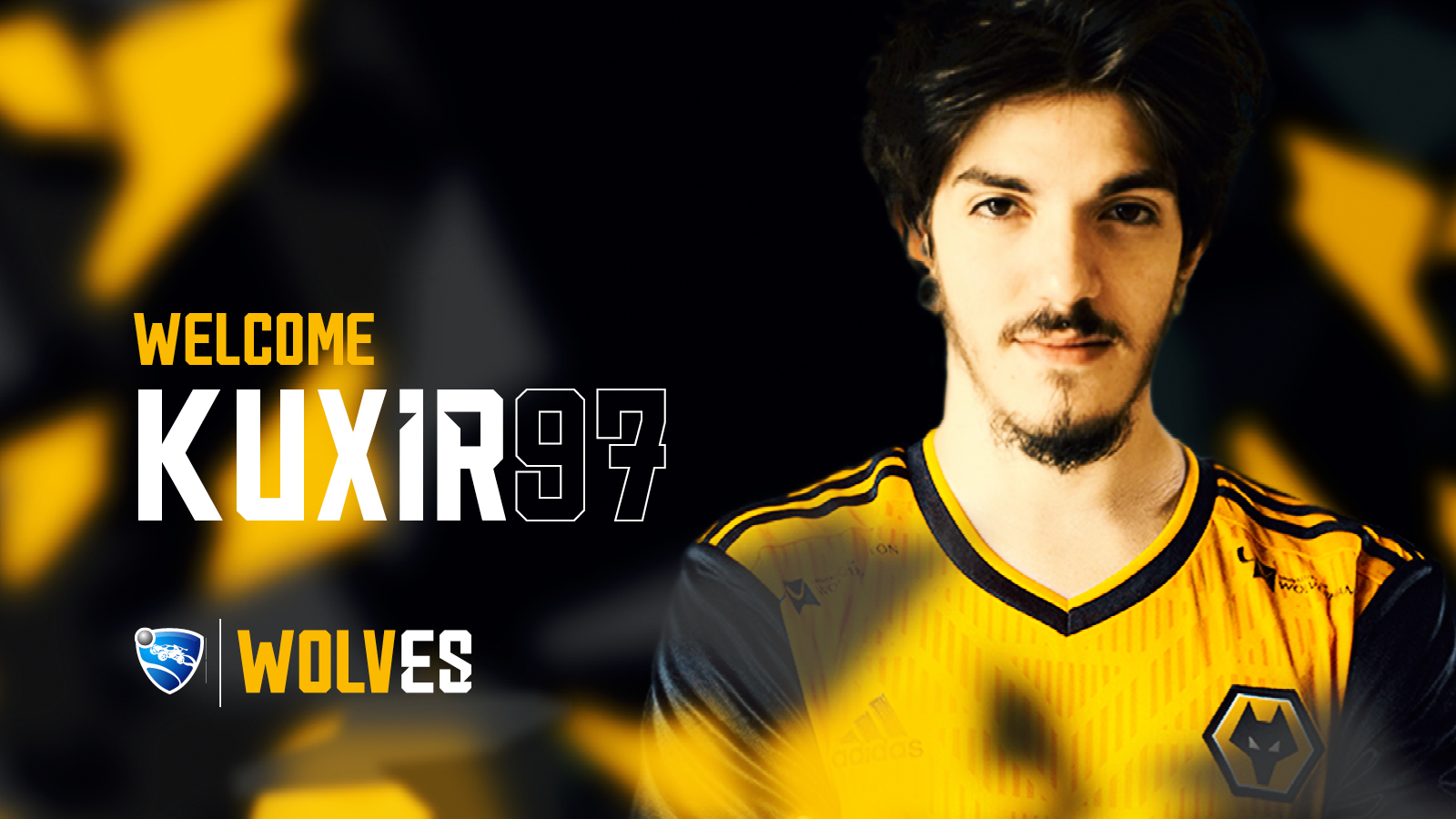 The Rocket League team made a strong debut performance in the RLCS Winter split, finishing 7-8th in their first event and making a statement that they were a force to be reckoned with. As plans for the team progress, a roster change has been made to take Wolves Esports to the next stage.

Leaving the team will be Luis Puente Pena, Luiisp, one of the founding members of the team, who moves on to a new project in the space. We wish him luck in the next stage of his career.

Coming into the team will be a former world champion and veteran of the scene, who’s most well known for his championship winning time at FlipSId3 Tactics. More recently, he was a member of mousesports and Team Liquid, where he finished in the top four of RLCS Season 9 and finished second in the final week of the Grid in the Fall Split. He was crowned the most valuable player in Season 2 when he lifted the trophy, we welcome Francesco Cinquemani, more well known as kuxir97, to the Wolves Esports Rocket League team.

Welcome to the pack.

On joining kuxir97 said: “I’m very excited to be playing RLCS for this team. We are ready to work hard and make improvements.”

Team captain Rix Ronday added: “I’m incredibly stoked to be able to play alongside Kuxir97. He’s a legend of the scene and an insane player. I can’t wait to show everyone what we can achieve together.”

Coach Joessi Moorman finished with: “I’m absolutely ecstatic about welcoming Kux to Wolves. He’s been such a strong addition to the team during practice already. I really believe we will be at least a Top 10 contender for the upcoming Spring Split, I even think we’ll be able to surpass our Top 8 finish of last Split.”

Kuxir97 will be making his debut with the Wolves Esports Rocket League team this Tuesday, in the closed qualifier for the first RLCS X Spring Split Regional Event.