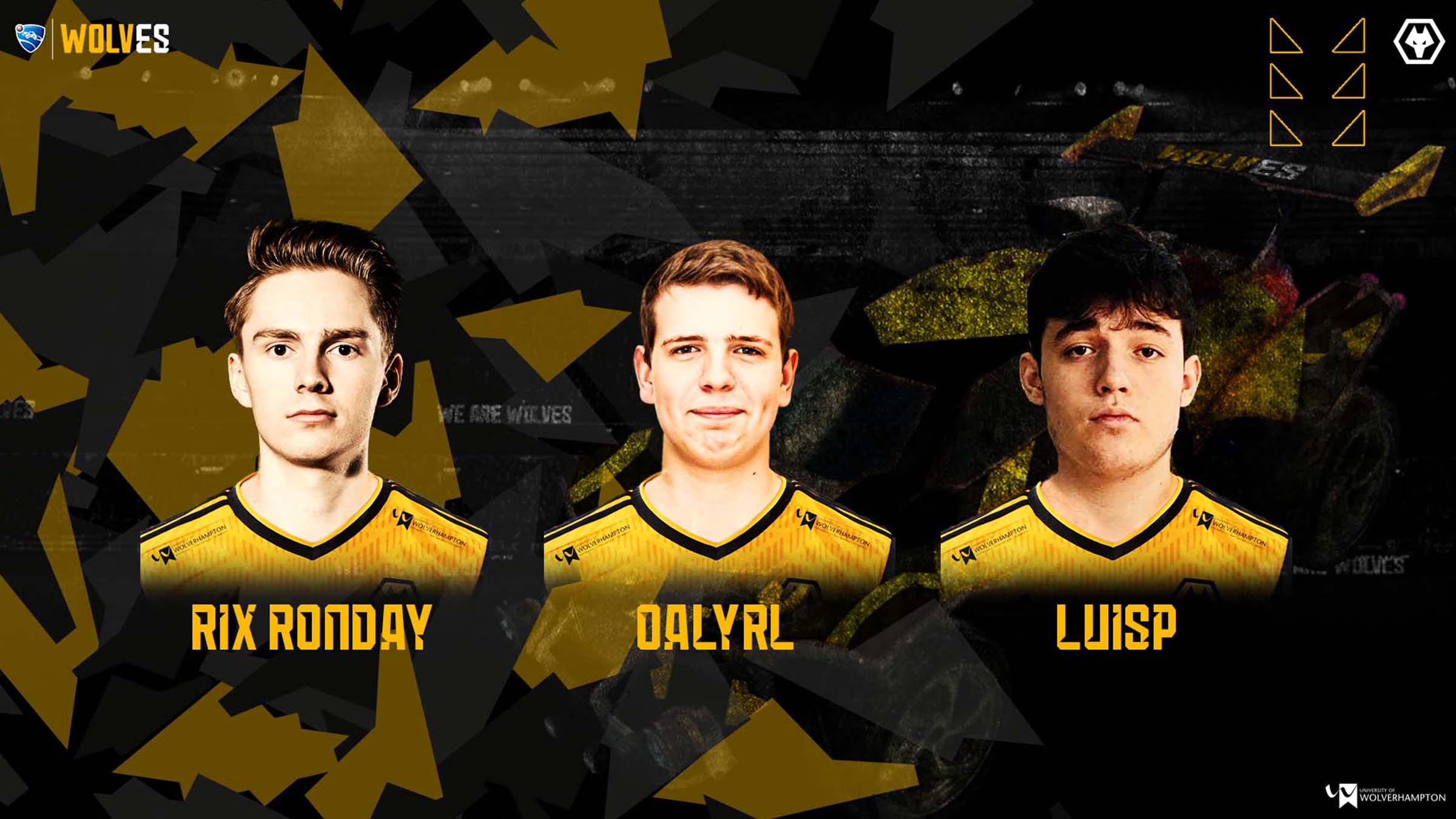 Wolves captain Rix Ronday is aiming to make fans proud this year as the team look towards the next Rocket League Championship Series Season (RLCS).

The game has had over 75 million players since its launch in 2015 and is considered one of the most exciting eSports in the scene.

In Rix and teenage duo Ole van Doorn (Oaly) and Luis Puente Peña, the Wolves team has already amassed a wealth of Rocket League experience under the guidance of coach Joessi Moorman (Juicy) – and they have big aims for 2021.

Juicy said: “In football, the last five to ten minutes of a game can be super exciting and fun because everything suddenly starts happening. With Rocket League, the entire five minutes feels like that, it’s just pure action.”

The competitive nature of each game replicates the Premier League, where anyone can win on their day. “For real!” says Rix, “That also counts for us too. My father is a very competitive person so the way I’ve been raised and my genes make me competitive. I can’t remember one time I did something and I didn’t want to win.”

Born in Amsterdam, Rix was a high-level tennis player in his younger years. Now three years into his competitive Rocket League career, Rix partly has tennis to thank for his competitive nature.

“I definitely feel like I was playing tennis to beat other people,” he says. “I played football before tennis and you had teammates but that didn’t work for me! I didn’t want to be held back, it was like I had to win by myself.”

“So why don’t you play ‘ones’, huh!” chimes in Luis, Rix’s teammate and cheeky 17-year-old from Spain. Having only been playing competitively since mid 2019, Luis was once a consistent ‘ones’ player. The game mode sees two players go against each other – no teammates, just you versus your opponent, which ironically should be Rix’s dream.

“Now it’s different because I know the scene is three versus three. I’ve grown up a bit, I enjoy playing with my teammates even though they’re a bit stupid sometimes!” says Rix, failing to keep in a hysterical laugh.

The comradery between the team is clear to see, with the whole team spending at least two hours together each day to practice. To become a top level Rocket League player, practice rules over everything else.

“The guys play around eight hours a day,” says coach Juicy, “of which, two to three hours are with the team together. Throughout the day I’ll spend two hours watching replays, whether it be our own or other teams especially during down time where there isn’t really any big competition coming up. It helps us find some stuff that isn’t going perfectly.”

“When you are playing competitively you have to practice every day,” adds Rix. “One hundred hours every two weeks isn’t that rare!”

For Luis, the balance between his studies and being an eSports pro can be tricky: “It’s pretty hard to manage, two years ago it was easier because the work wasn’t that hard. It’s a bit tough but I think I’ve balanced it well and it’s all good at the moment.”

On the other hand, 17-year-old team member Oaly has found a creative solution to managing his time according to Juicy: “Oaly now has school at home which means sometimes he will still be on the game during lessons. Of course he shouldn’t be!”

Something that Rix, the wiser head at 21, would likely disagree with: “When you’re younger you have dreams and it’s good to live out those dreams – but you have to make sure you finish your school and listen to your parents too. If you truly enjoy what you’re doing you’re going to get better at it and if you’re talented enough you’ll get there.”

Looking back to when the team formed three months ago, Luis reflects on that life changing call: “It was amazing! Rix told me to try out with him, it went great and then he said we are joining Wolves. I was like ‘What? Wolves? The real Wolves?’ It’s just amazing. Now I want to get really good, maybe even win a LAN.”

At the start of 2021 there is still plenty of time for the team to achieve something great but captain Rix has simpler aims for this year.

“With a great organisation like Wolves backing us, I want to make them proud. I also want to make all the fans proud even if that means we lose a series we should have won.”