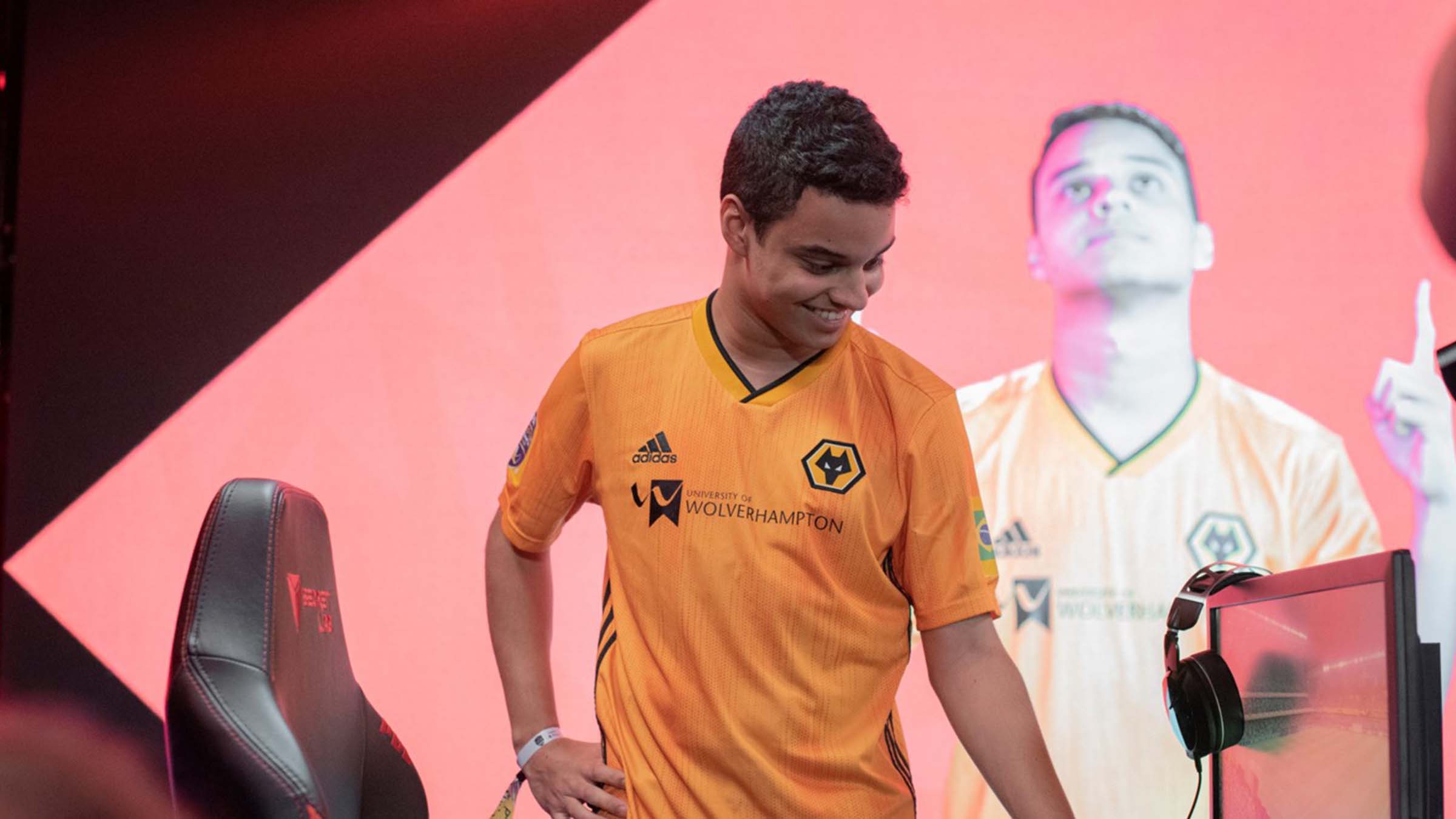 Flavio looking to end eSports season on a high

Flavio is entering the FIFA 20 Summer Cup Series and will face NSE Vini in his opening game on Saturday at 6pm (BST), which will be available to view here twitch.com/easportsfifa.

On the back of another successful season in the eSports world, wolves.co.uk caught up with Flavio to get to know their professional player ahead of the FIFA 20 Summer Cup Series.

You signed for Wolves in 2018. What were your emotions at the time and has it always been your goal to become a FIFA professional?

“I always had the goal to be professional, so I felt really happy to start my esports career with such a great team and I was forever imagining that this would happen with a Premier League football club.”

“The highlight of my career so far was being the PS4 champion of the FCC1 (FUT Champions Cup Stage 1) in Bucharest but qualifying for the eWorld Cup was an incredible feeling as well.”

Who is your idol in the football world?

“My inspiration in football has always been Messi, for his well-played football on the pitch.”

You already had the opportunity to watch games at Molineux and to visit Wolverhampton, what was the experience like?

“I’ve been to three official matches at Molineux and they were incredible experiences, the atmosphere was always amazing and the city is really great.”

How would you describe yourself as a player and what aspects have you tried to improve over your time at Wolves?

“I always work to be among the best and dominate all FIFA editions, while looking to constantly make improvements, not on only as a player but as a person as well.”

You recently won the Quaranteam Cup tournament, where you had a lot of support from Wolves fans, through social media and Twitch. Did that motivate you even more to try and win it?

“The achievement of winning the Quaranteam Cup tournament was something very different for me, seeing all the support from Wolves’ fans in the chat and so many people watching live, that certainly motivated me to want to win.”

You have already had the opportunity to play against Diogo Jota, what did you think of his FIFA level?

“I played with Diogo once and I beat him, but he has a very good gameplay, besides being a very good guy when I met him.”

Due to the pandemic, the competition stopped. How did you deal with that period, did you continue training and playing?

“I miss travelling to all the different places, I miss the offline tournaments and my teammates a lot. During this period, I just tried to clear my head and focus on other things.”

You now have the opportunity to participate in the FIFA 20 Summer Cup Series, where the eight best players from the SA region will be competing for the title. What are your goals for this tournament?

“This tournament will basically mean the end of the FIFA 20 season and I am sure that many will be hungry for this title and I won’t be any different.”

Finally, who is Flavio outside of FIFA? How do you describe yourself as a person, what do you like to do in your free time?

“I’m a guy who likes peace and quiet, I love to see livestreams and watch TV shows to pass the time and I like to play video games a lot of course.”