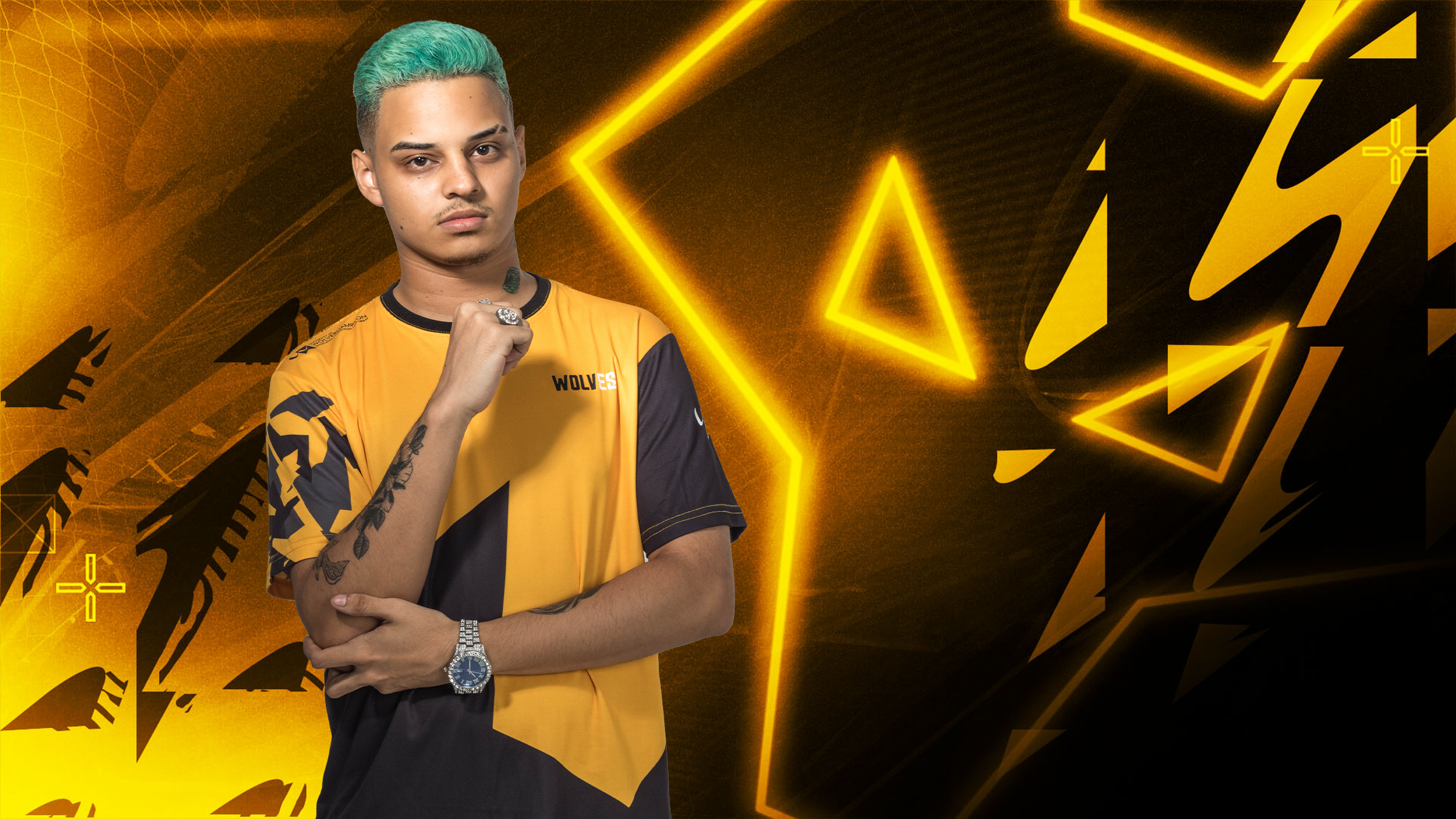 Flavio joined Wolves Esports back in 2018, becoming the first Brazilian FIFA player to join a Premier League football club. He joined after making a series of strong placements and qualifying for numerous tournaments in the 2017 and 2018 editions of the series, crowing himself as the number one player hailing from Brazil.

But it was with Wolves Esports that Flavio truly kicked on. In the FIFA 19 season, he secured qualification to the eClub World Cup, finishing in the Top 8 alongside partner Ebio ‘Ebinho’ Bernardes, the PGL Masters in Bucharest, another Top 8 finish, and securing a place at that year’s eWorld Cup.

FIFA 20 saw Flavio’s finishes kick into another level, having returned to Bucharest to lift the title of the FUT 20 Champions Cup Stage I in the PS4, before falling to Tekkz in the cross-console grand final. He’d then appear at two other Champions Cup events for FIFA 20, with his performances ranking him sixth in the world in the game.

Unfortunately, due to the Covid-19 epidemic he was unable to stake his claim at that year’s eWorld Cup, but he did lift the ‘Ultimate Quaran-Team’ title, finishing top of 128 other players representing a number of professional footballing sides.

The past two Covid-impacted seasons of professional FIFA have unfortunately not seen the successes of prior years, however, Flavio consistently kept his position of being one of the best players coming out of Brazil, and representing the Wolves badge with pride.

As Wolves Esports takes a different direction within esports, the team have worked with FIFA partners Bundled to secure Flavio a new home for the upcoming season. He joins CM Esports, an organisation run by Brazilian influencer Caio Fleischmann.

Michael Moriarty, Esports manager, said: “Four seasons is a long time in esports, and over the past four editions of FIFA Flavio has represented the team in the best way possible. Throughout numerous tournaments, he has worn the Wolves badge with pride and always with a smile.

“While I’m sad he’s set to leave us, I’m happy he’s going to CM Esports, a good home and somewhere that’ll offer him a platform to succeed for the next edition of FIFA and beyond. Good luck Flavio, and thank you.”